It was a nice day for a white wedding, and Eggsy and I were playing at one. 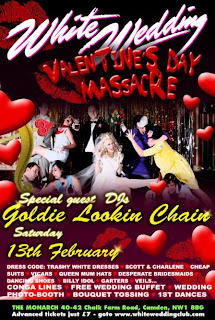 It was in England's trendy capital, London. Big G drove us up in his Mazda 323 aka the "Red Bullet". We put on suits cause there was a dress code although Eggsy looked a bit like he was on the way to a conference. Big G looked like has was going to work on the door, but he does look smart. 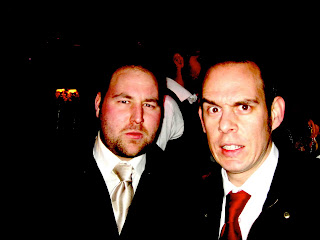 We got into the club and met some of the wedding guests. 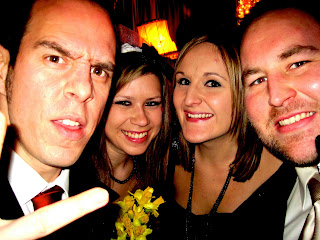 Then we got behind the turntables, we had been asked to play wedding music and we had some classic songs to play. 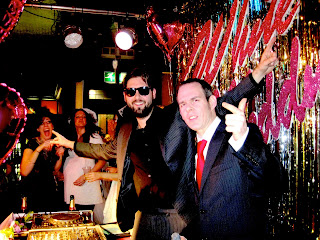 People could get married there too. This is Eggsy with the vicar. Eggsy and Big G were going to have a civil partner ship ceremony but there just wasn't time unfortunately . 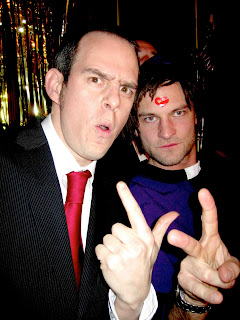 Big G got on rather well with this lady.

The atmosphere was great but the booze was a bit weird. 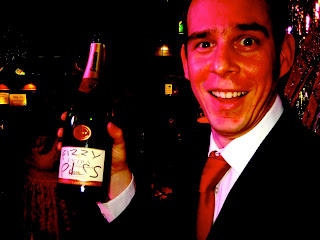 The place was full of dudes. 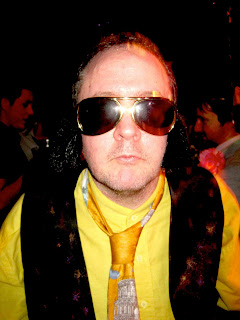 And we played more wedding music. Eggsy and I were doing one on one off. I played "eternal flame", "saving all my love for you" and of course, "all night long" among other great songs. 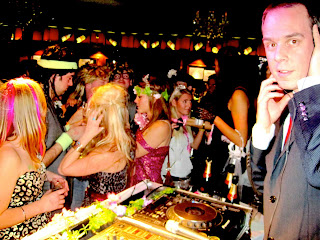 I also got on the mic. 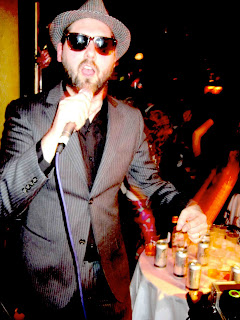 I think these two had just got married, although she is dressed for a funeral. Maybe her fist husband has just been put in the ground, if so she is well quick off the mark. Don't know what the dude is meant to be though, some people just love dressing up. 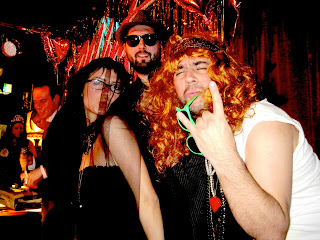 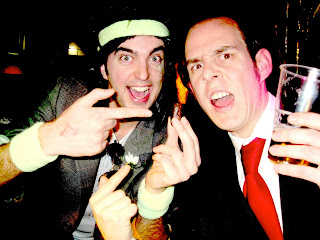 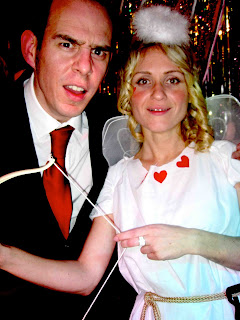 This picture looks like a real wedding photo.
Sick. 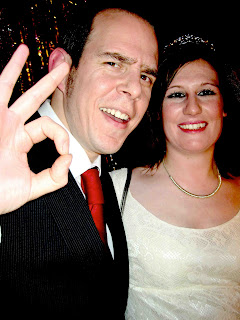 I had had a curry before we drove up and I was creating some really great smells. I was really proud of them but these girls were less than impressed. 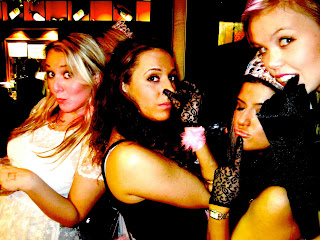 After we finished playing we hung out and spoke to some of the party goers.
I got a new hat. 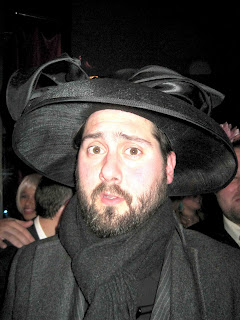 Then we went to the local off license and got some supplies. 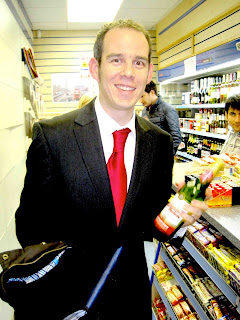 On the way home we did the usual stop at the services to get ripped off. 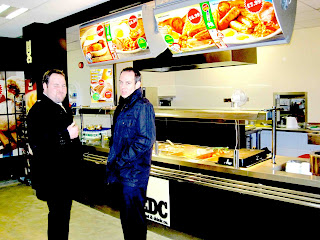 And Big G took a bunch of Pro Plus to keep him awake and help him drive at 99 miles an hour. 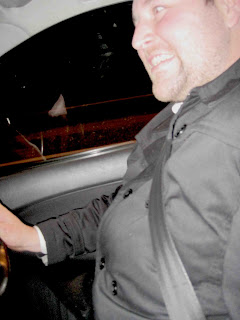 He got us home safe.
I was horribly drunk.
Posted by goldie lookin chain at 06:09 3 comments:

And the messages Stewart Cable leaves us!

And adverts we have made for local TV stations in Wales!
Posted by goldie lookin chain at 11:10 2 comments: