On The Buses, Newport Transport and the GLC

Eggsy and I, being keen bus users, were asked by Newport Transport to help launch their new super cool, year 2000 compliant buses.
So we went down the the bus depot on Newport's now famous Corpa road. 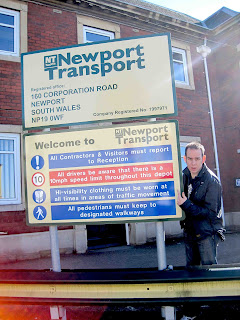 They have all types of buses down there, they even had a yellow one. 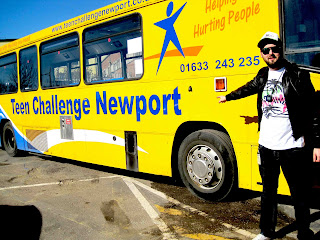 They took us and a bunch of students (the girl in the middle at the back of the bus goes to prisons to chat to murderers in her spare time....... weird) from Newport Uni out to Malpas, at first we weren't sure what they were going to make us do to each other. 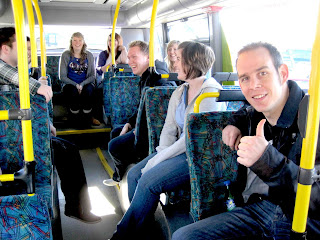 It all turned out ok, they just wanted to take some snaps of us and this time we got to keep our clothes on. 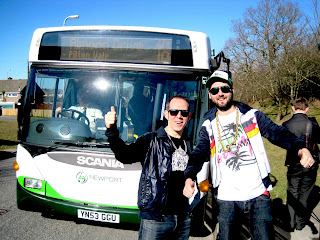 This is old Betty, she is 900 years old and invented the bus back in 1861. She just got divorced for the 17 th time and was looking for a new toy boy, she took a real shine to Eggsy. 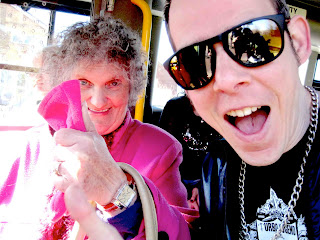 After, they took us back to the depot and took a picture of us all for their records, just in case any of us had stolen anything, so they could identify us.. 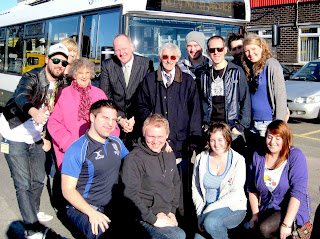 This is Noel, he set the whole thing up, he is in a band called Soho 75. He is also a keen angler and landed the largest fish ever caught in South Wales back in 80. 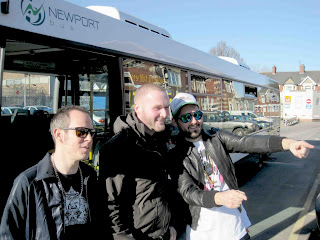 A few weeks later and we all met up again at the launch of the new buses. We met these people who had more gold than us, the one in the middle is a taxi driver I think, don't know who the woman is though. 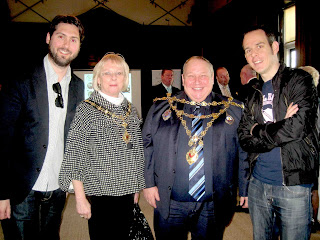 This is us all with the new bus. It's a bit like the Millenium Falcon from Star Wars but with disabled access. 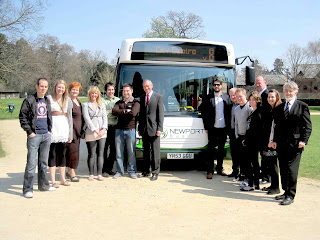 It's a funny coincidence all this bus stuff, cause Adam Hussain looks almost exactly like Reg Varney from 70's sitcom "On The Buses" 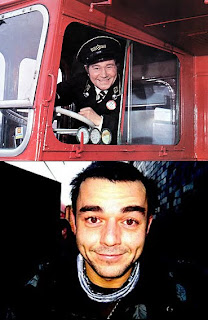 And the Maggot looks a little bit like Bob Grant too. 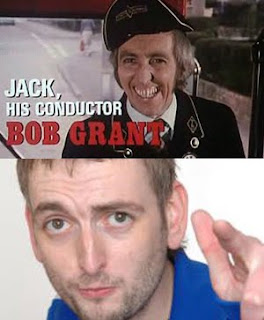