We got into the van to head to west Wales. Adam was ready for the summer. 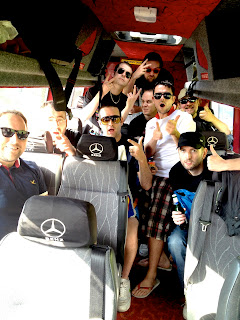 We had to stop after 20 minutes, nothing ever changes. 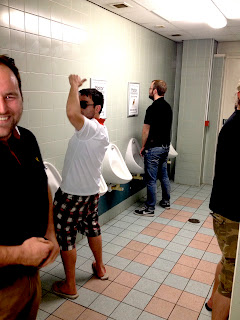 Greyham spent the money he had been given on some flying lessons. 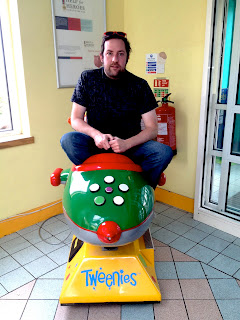 And Mike played his second favourite game, he didn't win. 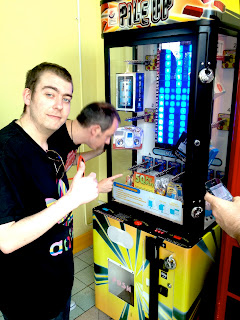 After a few more miles and a few more beers we arrived at sunny west wales somewhere near Cardigan. 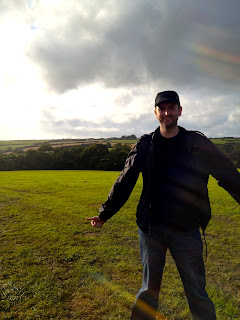 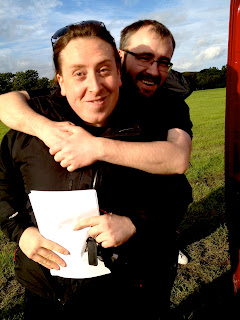 We were shown to our tent. 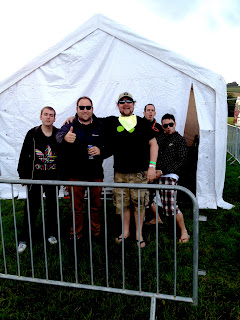 Which we quickly destroyed! 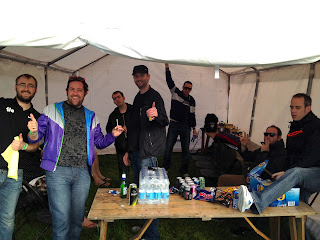 Greyham and Mike pretended to be farmers for a bit. 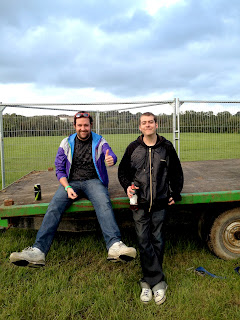 And me and Maggot went to check out the festival. 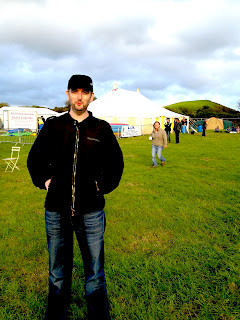 We found a dude with a meat train. 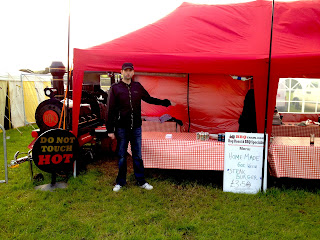 Then we saw Mysti from a distance, he was heading at speed to the rave tent. 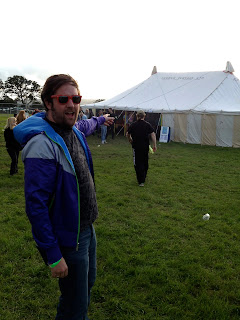 Which he let rip in for several hours. We left him there to the sound of hardcore cheese. 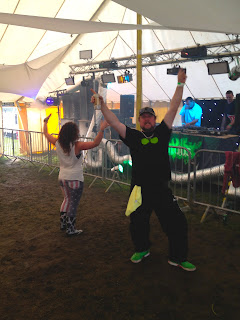 Billy and I got a Burrito which was lush! 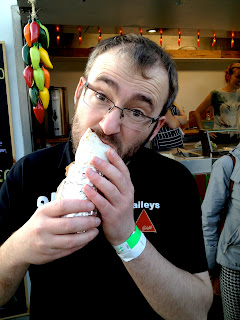 Later Maggot and Mysti turned up back at the tent as a new techno out fit called the Burger Twins.
Later that night they changed the name to the Runny Bum Brothers and the next day they decided the Worm Egg Boys was more appropriate. Ruff! 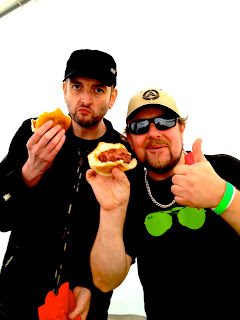 As the evening drew on and the night became cold some of the boys had a quiz in the tent. 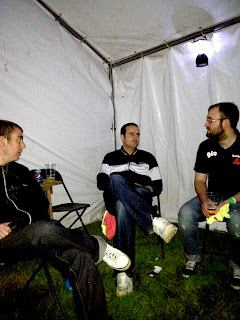 One by one we all found solace in the warmth of the bus and Steve the bus driver's heavy metal and 70 rock collection. 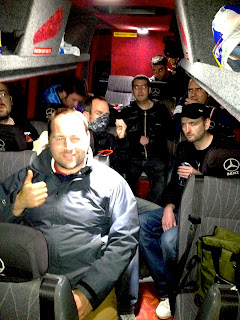 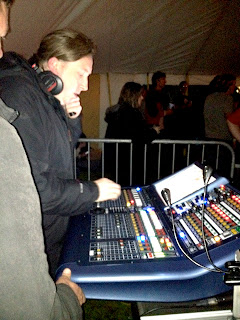 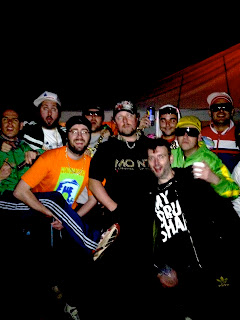 It was a great gig once it finally got going. Two kids came on stage and did some dancing. 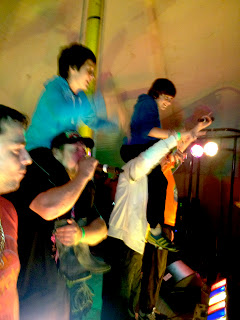 Big G got a woman on his neck. 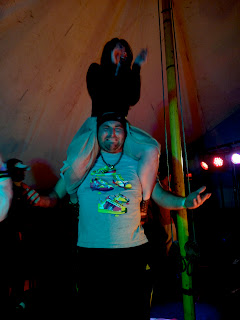 Greyham climbed a pole and the crowd went nuts. 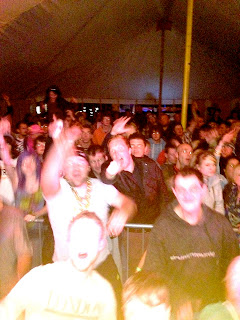 After the gig some of the boys hugged and licked faces. 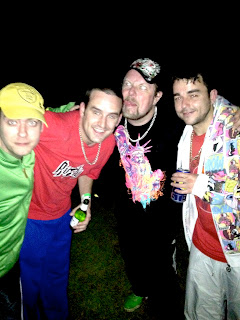 We met some of the party goers and said our thank you's and goodbye's. 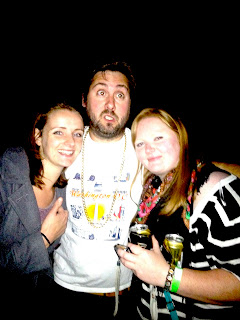 Then it was straight into the van and straight to sleep for the long ride home. 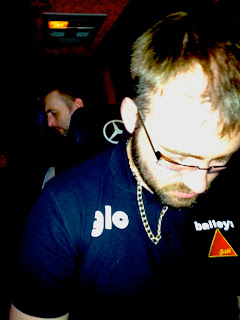 Safe!
Posted by goldie lookin chain at 02:33 No comments: