We all met up for the trip to play Osfest for the third year running.
2hats brought a box of cider so we knew it was going to be a good trip. 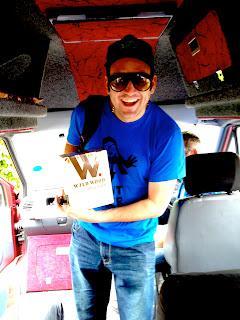 Mike Balls had had most of his teeth removed a week before and was sporting a plasterwhere they drained the puss out of his neck. 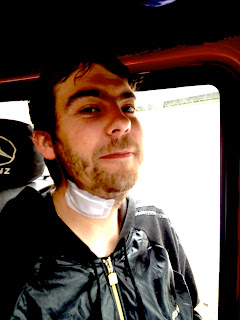 It was a long old way and we had to stop every 20 miles for people to have a piss break. 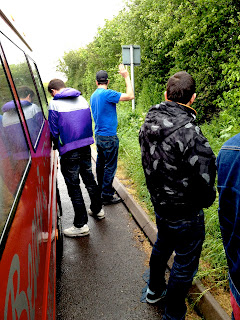 But we got back in the bus and had a good time! 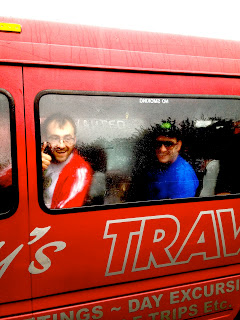 We eventually arrived at the festival site, Maggot was very pleased to be there. 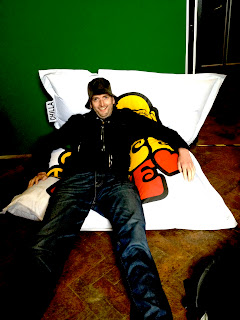 Greyham was thirsty after the long journey and had a few drinks. 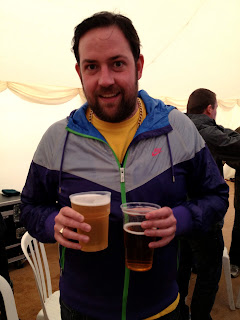 We went for a walk around and found a tent where some girls were giving away drinks made by the dude who is trying to bring the taste of Jamaica to the super markets.
To be fair it pissed on Lilt. 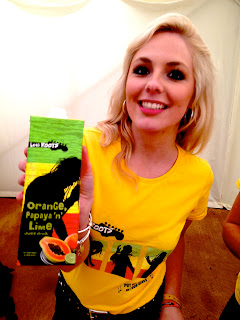 Everyone was having a good time. 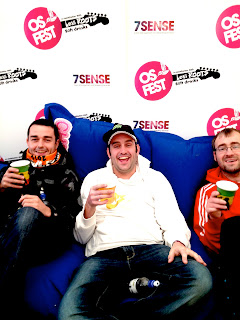 We met up with Razorlight and had a few drinks and talked about old times. 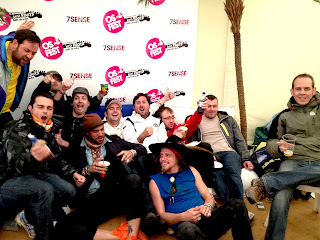 Maggot had a nice chat with Terry Bossons from 6 Towns radio.
He has got lovely hair. 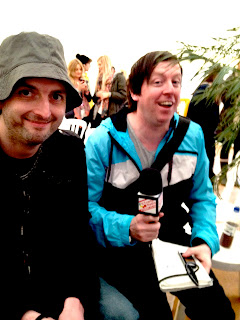 We had a few snaps with the revelers and even a royal. 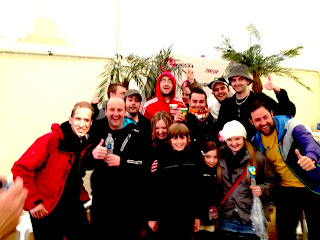 Then it was time to put some clothes on and get ready for the gig.
Greyham went for the Red Dwarf look. 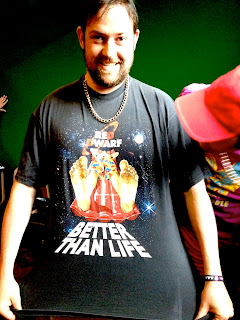 Adam wanted to let people who he was as he had been called Maggot by a group of girls in the street recently. 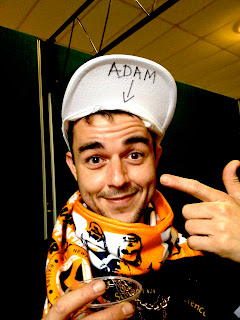 Then we started our walk to the stage. 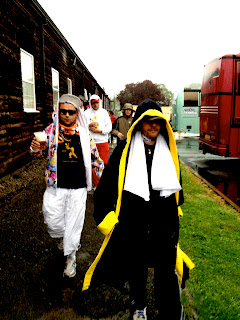 It was pissing it down so we took the van instead. We ended up waiting about 30 minutes behind the stage in the bus. 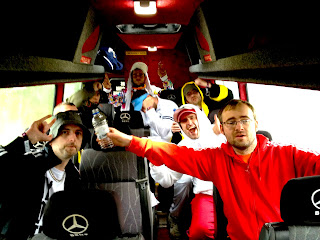 We finished off the box of cider and Greyham had a pint of pink wine.
This set us up for a good show! 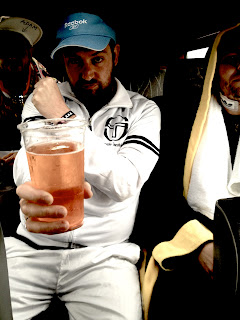 It was a very wet day but the crowd were having a great time and so were we. 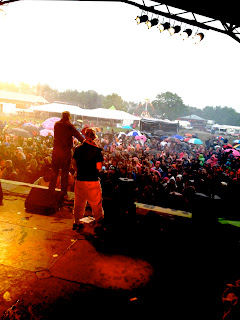 After the show we went back stage for the after show curry. 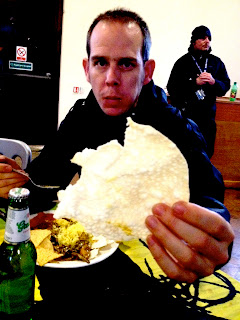 And 2hats enjoyed the free cocktails supplied by Levi Roots and his women. 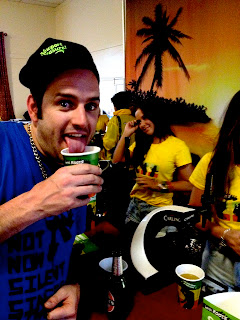 Billy got proper stuck into the curry and went back for thirds. 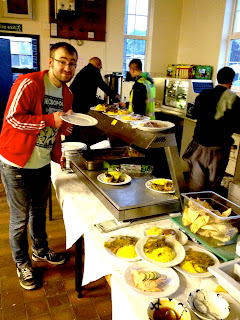 Just before we left Mike Balls was kissed by a man.
What a great day it had been for him! 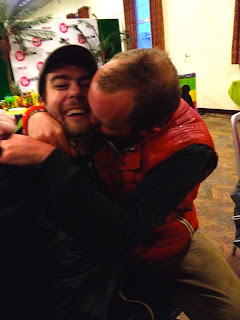 We had had an awesome day out and a skin full, it was time to get in a cold bus and try not to be sick on the long journey home. 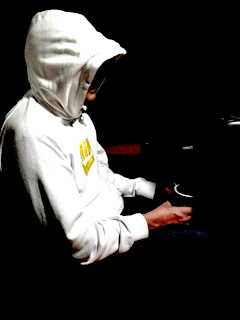 We made it back and no one had been sick.
Thanks Osfest, you knows it!
Posted by goldie lookin chain at 02:10 No comments: