Eggsy and I were going to Scotland to DJ and he didn't feel well so he had a pizza at Cardiff airport. 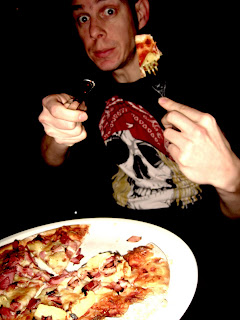 I didn't seem to help too much but when we got to the club they gave us a few reasons to be cheerful. 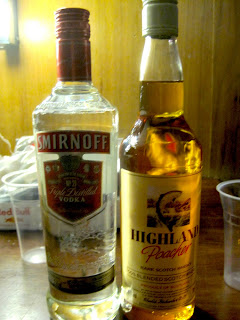 And that really worked on Eggsy. 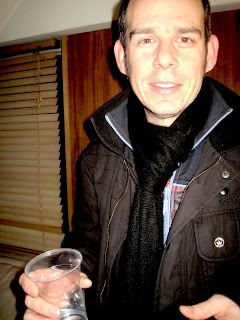 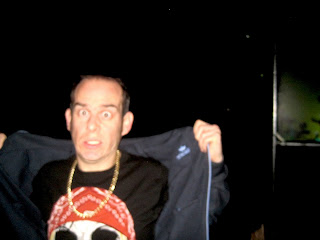 We were there to DJ to these people, they had a great time. 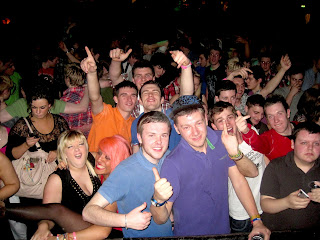 We hung out with some of them after. 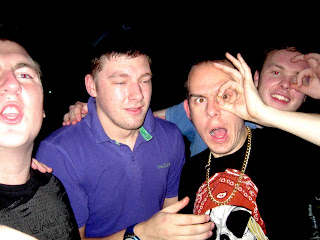 It was a good night out and they gave us a private bar to hang out in. 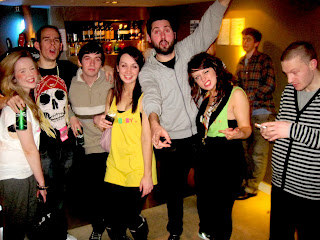 Then next morning at the airport Eggsy was back to feeling ill again. 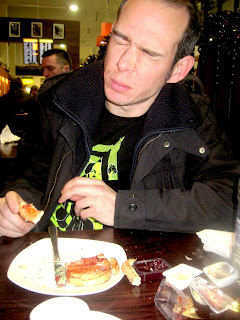 Later in the month we went to Bristol in the scum bus to play the Fleece. 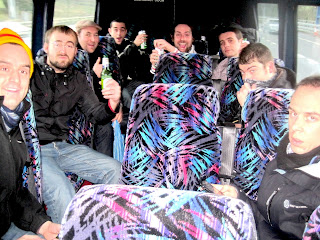 Mike Balls had brought the Christmas tree from his house. 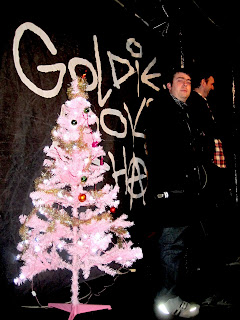 MC Flatpress turned up! I called him about 5 in the afternoon and he was still in bed, so he rolled over to do the gig with us. 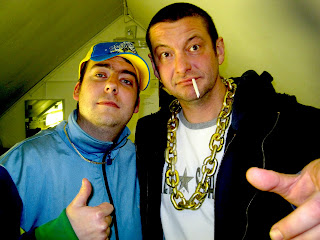 It was one of the best Christmas parties ever. 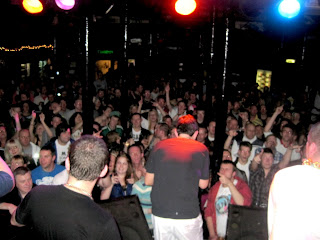 Mike Balls made it through another GLC gig! 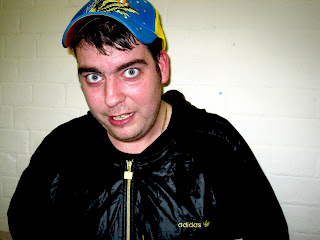 We made some friends. 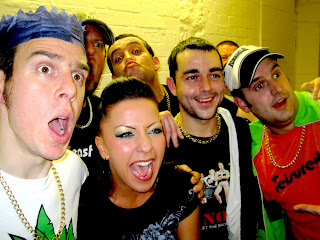 And so did Big G. 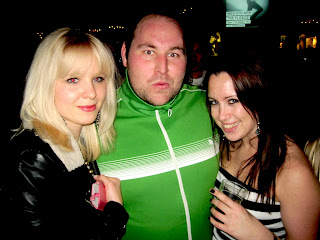 Then Eggsy, me and The Maggot went to London to DJ straight after in a fast car. This girl was proper flying on drugs. She probably works for T4 or something and she was a right pain in the ass, but the gig came good in the end. It was like something out of Nathan Barley. 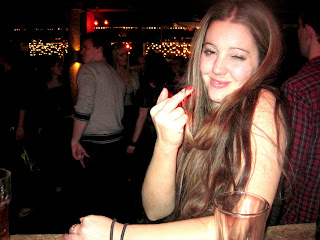 Eggsy made friends too. 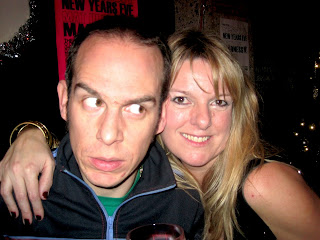 And The Maggot had such a good time his face went all side ways. 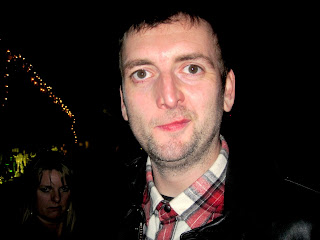 Later in the month we were back at The Welsh Club to do the second of our Christmas gigs. Adam had broken his foot trying to break down the garage door at his parents house, that's where they keep the booze and they had gone away for 2 weeks and forgot to leave him a key. 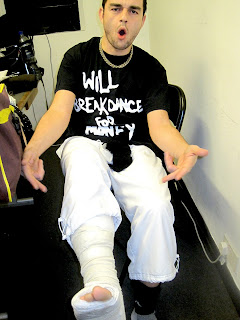 There wasn't time to worry about him though and we went on to smash it up! 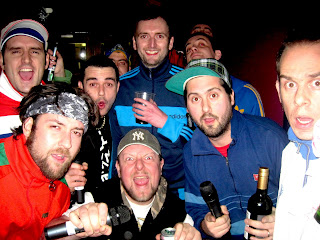 The gig was pretty good and we had a full on stage invasion after. 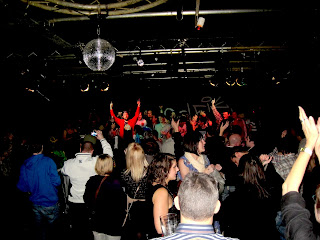 Greyham had a lot of fun. 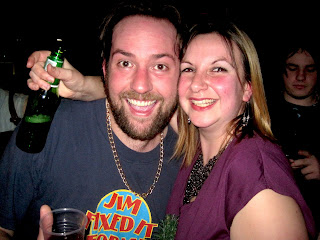 Then we all crammed into the smallest room and smashed a load of booze in. 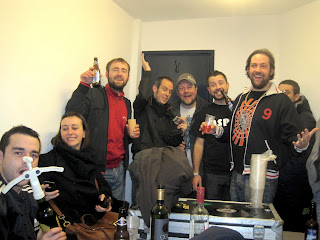 Later we got back in the scum bus. 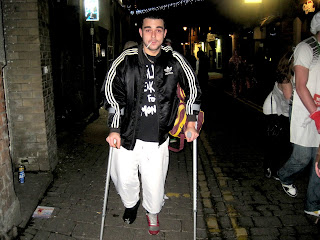 Billy was ready for the journey home. 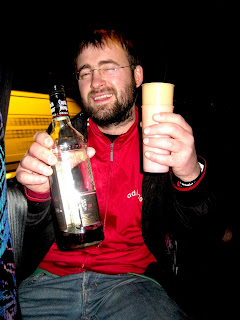 After Christmas Eggsy and me went to Oswestry to DJ. This girl took a proper shine to Eggsy and wanted to show him her new bra that she had been given by her boyfriend for Christmas. 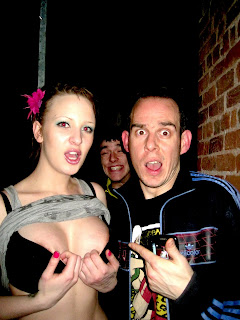 They forgot to get any CD players for us so we had to wait half an hour for them so we got this girl up to sing "Your mother's got a penis", she said she knew all the words. She knew about half of them and got the half she knew in mostly the right order so thumbs up to her. 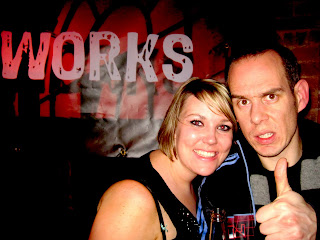 On New Year's Eve Eggo and I went to Edinburgh to DJ at the street party. It was amazing, if you haven't been then go! Eggsy stayed up till 4 drinking with Simon and Peanut from the Kaiser Chiefs, I went to bed and watched father ted, I was asleep by 1am. 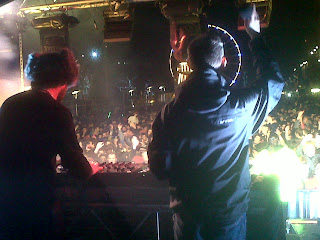