The other boys traveled up to London to meet Eggys and me at Sky New, Where they film Live from Studio Five. Adam met One of Jedwood. 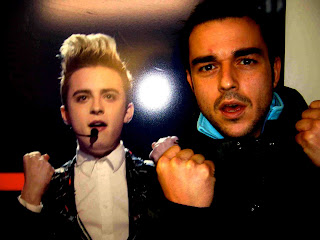 We were going to be on live TV so we got to have some TV make up, which is different from normal make up so it's ok for men to put on. 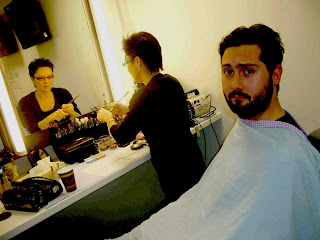 It has to be cause Mike Balls was having some put on and he was loving it. 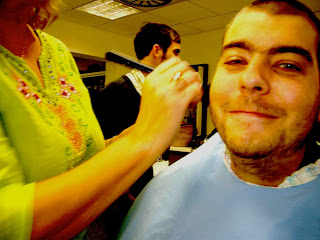 We did "everybody is a DJ" and no one swore. Ian Wright was well safe and his two mates were alright too. 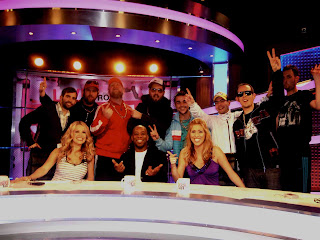 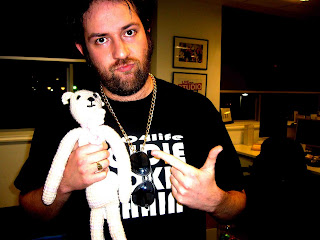 They gave us a load of pizza and some beer and we got back in the sunshine bus and back on the M4. Mission accomplished.
Posted by goldie lookin chain at 16:25 1 comment:

Eggsy and me went up to the music capital of the western hemisphere, London.
We are about to go on tour in December and have an interactive single out on december 13th, so we went to tell some people about it.
We first met this greasy metaler who was from Front Magazine. Some of the pictures in that mag are crazy. 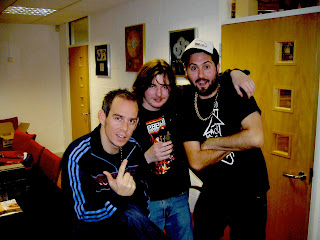 Then we went to hang out with some of the girls who work at ITN.
They were very excited about Christmas. 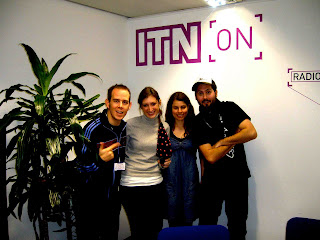 We were going to do a special acoustic Megamix, just Eggsy and me so we brought a Ghetto Blaster to play the backing track on. We borrowed it off of Grayham's dad as all the Ghetto Blasters we have had over the years seem to be fucked. 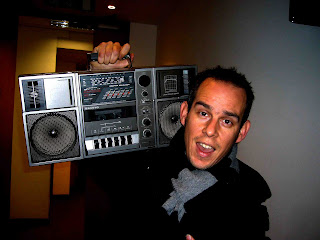 We did the ten minute Megamix on some steps as some builders loaded some stuff onto a lorry.
It was wicked. 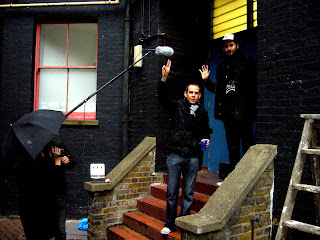 The builders seemed to enjoy it and so did the nice people who filmed it. 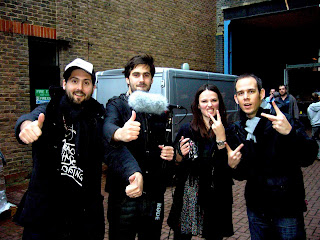 Then we were told he had to stay up in London cause we were going to do a TV show with Ian Wright the next day. So we wandered around London for two hours wondering what to do as someone tried to book us a hotel.
Eventually we just decided to go to the Columbia Hotel on Bayswater road. If you ever need to stay in London stay at the Columbia its the funniest hotel in the world.
Posted by goldie lookin chain at 15:38 No comments:

The BBC in Wales took Maggot of filming for a few days to make him into an eco-explorer.
They did this by dressing him up as an alcoholic caveman. 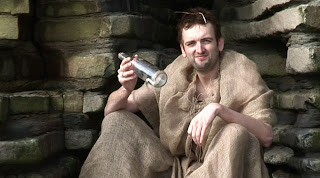 They also thought he would look good as the popular war time cartoon hero James Bigglesworth, better know as "Biggles"
There was a film called "Biggles: Adventures in Time" that came out in 1986. The sound track is really good. Peter Cushing was in it too. 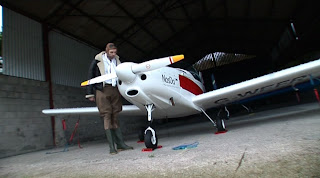 Towards the end of the filming the people from the BBC decided that Maggot didn't look silly enough, so they put him in this costume and sent him onto the streets.
I actually think it suits him. 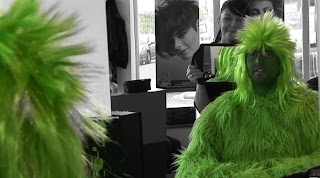 Unfortunately they didn't let him keep the suit.
The two randoms with him in this photo seem really impressed though. 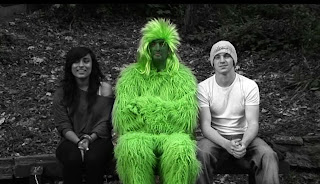 Climate change, don't knock it till you have tried it!
Posted by goldie lookin chain at 01:56 No comments:

Some of the boys went to England's trendy city o' London, to "This Felling", which is a club night run in association with popular red top news comic "The Sun".
The Club was full of people and the boys met a girl who had stuffed balloons up her top.
Maggot phoned a friend to tell them. 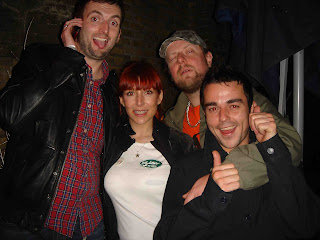 Everyone was there. Even well know druggie and mother of 4, Paula Yates was there and she has been dead for over ten years. 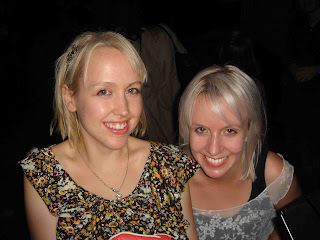 Maggot and Adam hung out back stage with the deformed and mentally damaged. 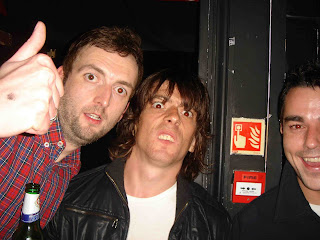 Mysti fell asleep at the decks as he played euphoric house music from the early 90s to confused clubbers. 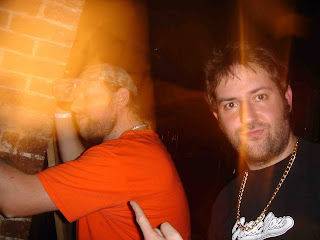 The boys had a great time. "This Felling" is a great night out. 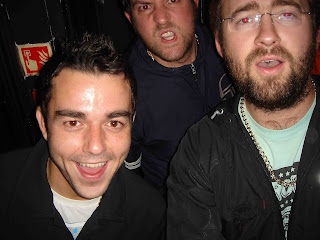 Posted by goldie lookin chain at 04:02 No comments: