We got up mega early and got on the train. 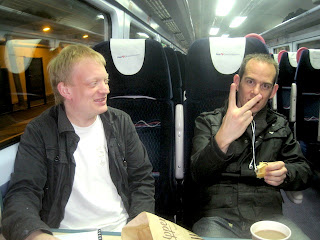 We were being sent to Paris to be roving reporters for BBC Radio Wales to report on the Wales vs France game that was going on in the Rugby World Cup. The match was happening in New Zealand.
We were just about waking up when we arrived at Paddington. 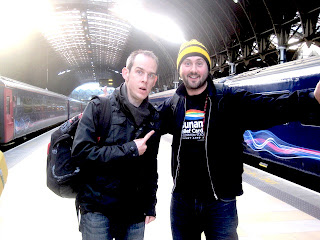 We got on the tube. We were taking a whole bunch of equipment with so we could communicate with base back in Wales. Eggsy was carrying a box that looked like it contained weapons grade plutonium. 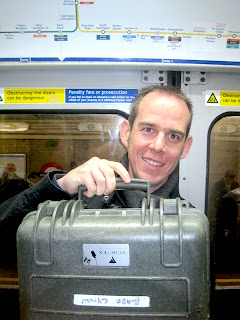 Getting through customs was fun but we made it and at last we were on the EuroStar bound for gay Paris. 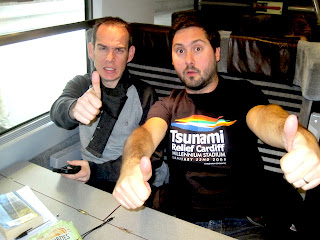 Soon we were in France. 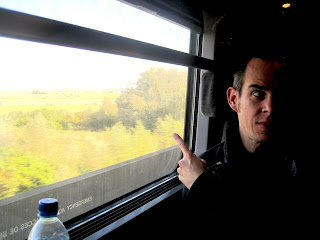 We got off at Gare du Nord. Drum and Bass DJ Goldie had been on the train too and he followed us for a bit. I think he thought we knew where we where going. We didn't. 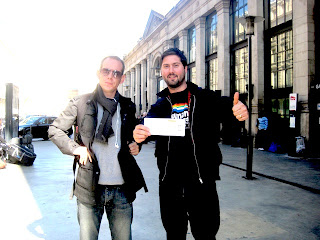 Before we went to size up the enemy we thought we better sample the food.
It's rubbish. 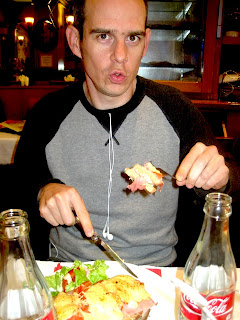 So, we hit Paris and tried to find some rugby enthusiasts. 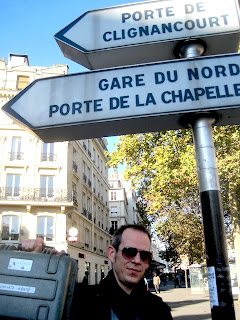 We went to the mini Statue of Liberty, the internal frame that holds up the one in New York was designed by Gustave Eiffle, that's right the dude who ripped off the Blackpool tower. 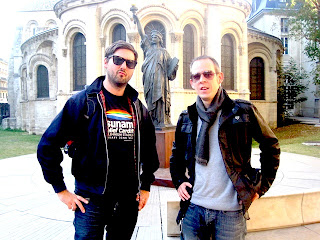 We went to get some culture at the Musee du Louvre. We had been here a few years ago and smashed up a copy of the Mona Lisa in this very spot for a magazine article. I can't remember why but we upset the local police and nearly got arrested. That could have been what the magazine had planned, good thing I'm a smooth talker in French. 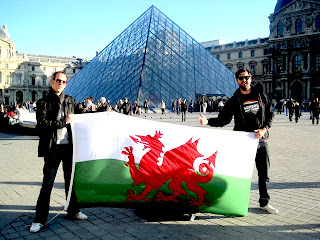 Next we hung out in a park for a bit and tried to rig up the satellite phone.
We had only met one French person who knew the RWC was on so far and he had been drinking and seemed confused as to which day it was. 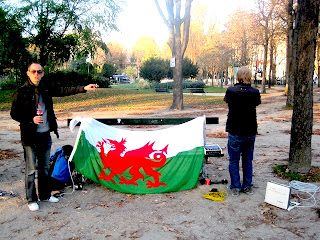 We couldn't get the sat phone working so we moved to an open space. 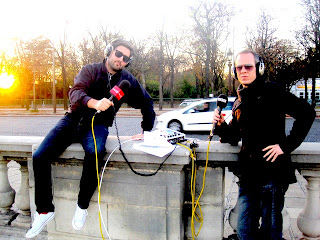 Eventually we spoke to the evening show. This is the radiation machine that speaks to the satellite.
It looks like a crap laptop but was very expensive. It will also cook your insides if you stand in front of it. 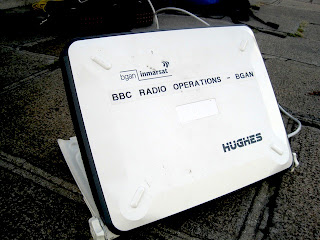 We walked some more and found a statue of Winston Churchill who's mother was American by the way. They love statues in Paris. 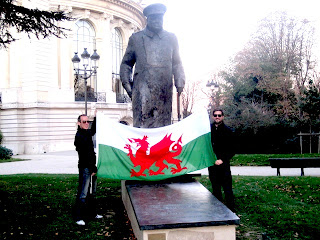 Finally we made it to the Eiffle Tower. This was the last major structure to be built of iron and was the tallest building in the world until The Chrysler Building was built in 1930 (even though it only held that record for 11 months).
We still hadn't found anyone interested in the rugby, I even spoke to some Australians and they seemed to hate rugby. 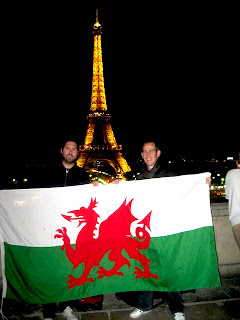 We tried to contact base and report our findings. 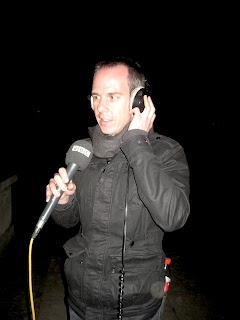 We couldn't get the equipment to work. 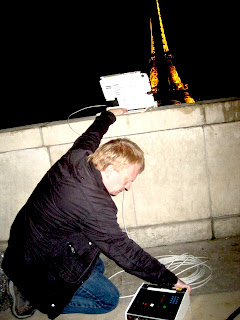 So we went for some light refreshments and called it a day. 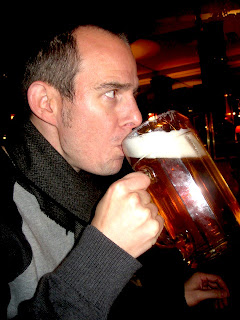 The next day we got up and went to find somewhere to watch the game. We had hoped to find a place full of locals all hyped up but we found an empty bar with some cleaners doing the floor.
Still, they were showing the game. 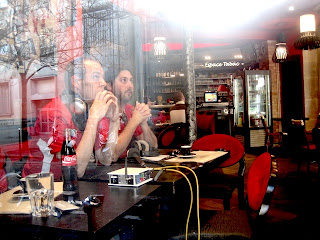 Eggsy decided to see if the food had got any better. It hadn't.
And worse still we was robbed and we lost the game. 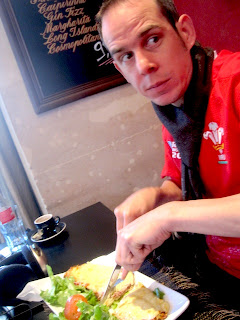 So we went to show our defiance at the Arc de Triomphe, where they won't let you fly a flag or do a radio interview. The police were very nice to us. 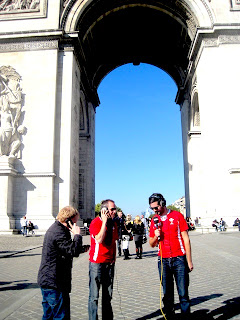 So we went to find the only Welsh connection we had left, a Welsh restaurant.
It turned out that it had shut last year but the web site was still online.
We found a place to site and consoled ourselves with cake and did our last link up with the crew back home. 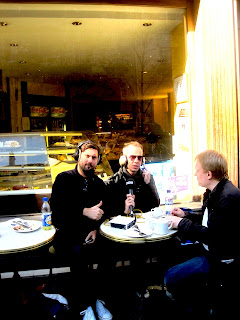 It had been a long 26 hours in Paris and even though we had lost the game of rugby the nation of Wales had been brought together. The nation of France only seemed to care after they had won.
We went back to the station and tried some local (Belgium) beer. 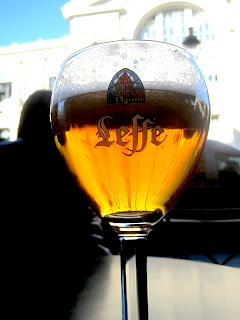 We Traveled back home and on our journey we realised that even though we had lost the game, at least as a nation we had pride in both victory and defeat. 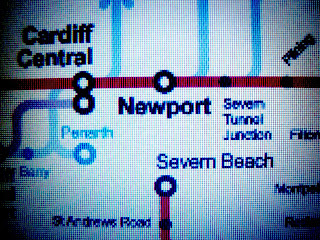