We were off to the mystical land of Chepstow. 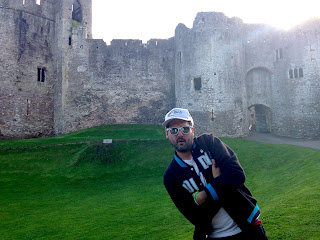 And we were playing the gig in the castle, we had an amazing medieval dressing room. 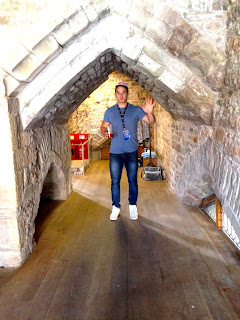 We hung out in the sunshine waiting to sound check. 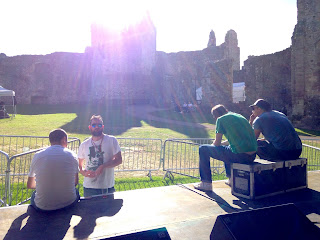 But the sound guy lay on the floor for 20 minutes. 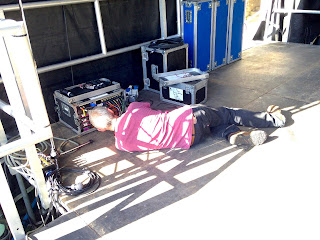 So we went for a walk round the ramparts. 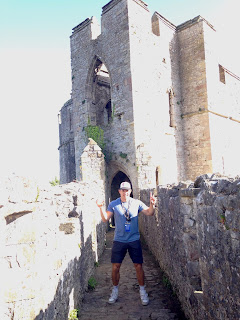 We got well high up. 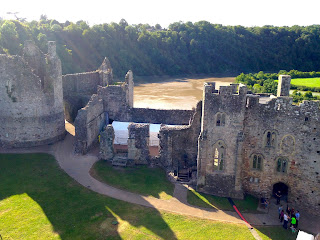 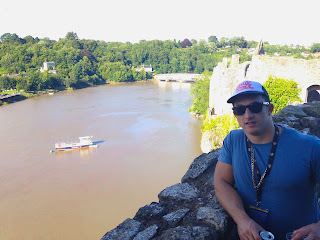 After we finally did the sound check we went for a walk. 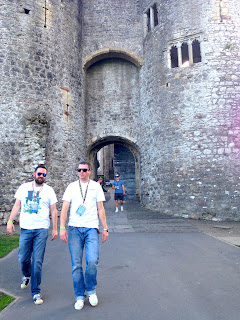 Chepstow is a mysitical place full of goblins and pixies. 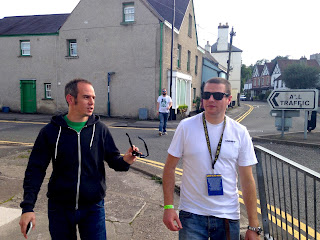 And has a nice bridge. 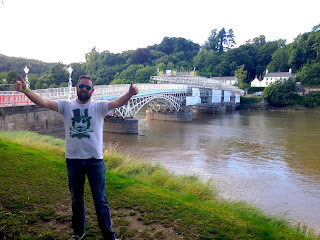 So we went to this place for some dinner. 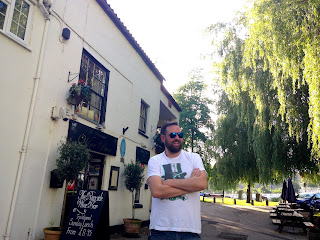 And looked at this place thinking we should have gone there. 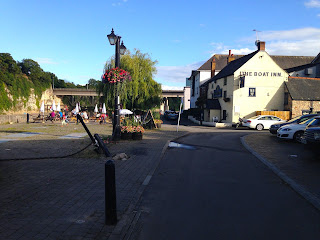 Still graham was happy, they had a toilet. 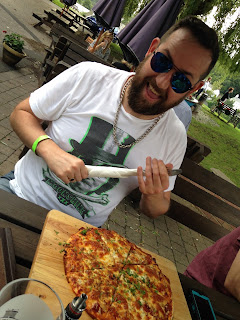 After some random food we went back to our castle. 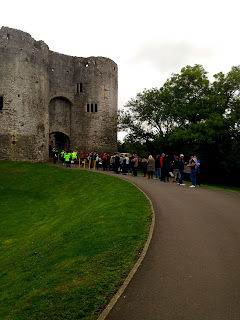 And saw some of the heads in the crowd. 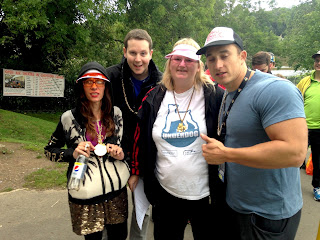 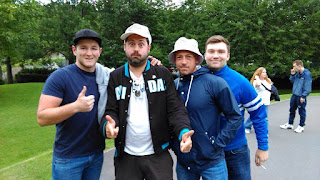 Back in the dressing room DJ Killer Tomato was holding court. 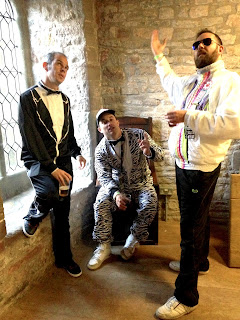 And Mysti was telling my how Robin Hood Prince of Thieves was almost filmed there but it wasn't.
He seemed pretty annoyed about it too. 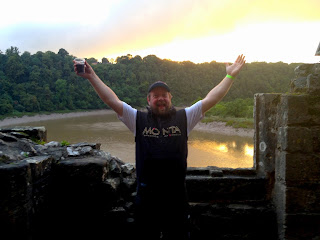 Then it was time. 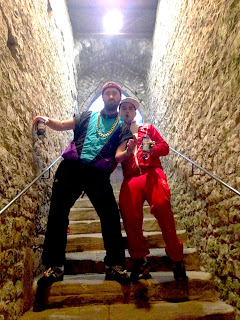 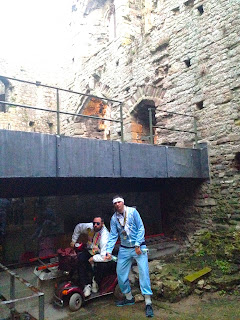 Then we got serious. 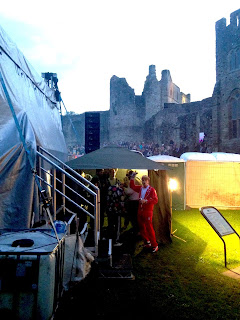 The crowd were safe. 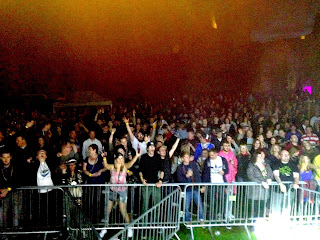 And there was a fight too. 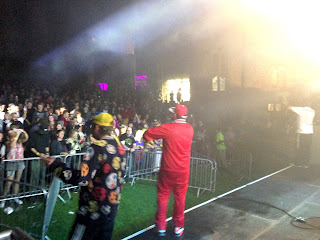 We played the songs. 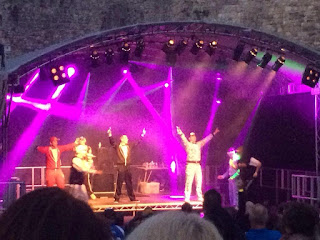 And the sun went down then they put the lights on. 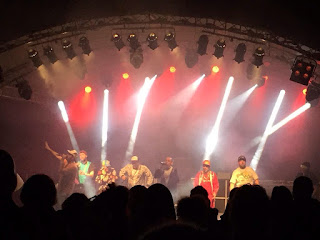 It was a good gig. 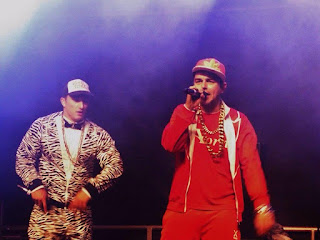 And only rained a bit. 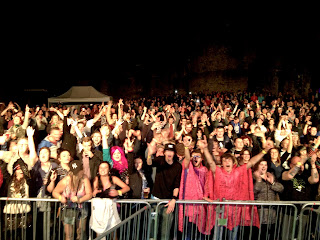 After we met some people who had no idea who we were. 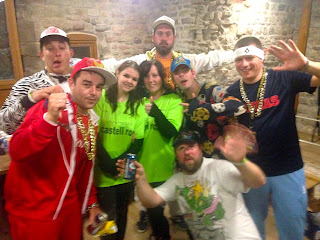 And some people who were celebrating their 40th birthdays. 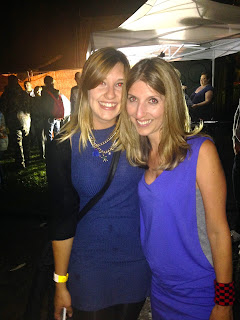 Thanks Chepstow, Knows it.
Posted by goldie lookin chain at 01:28