We all met up at Cearleon Uni in their recording studio. 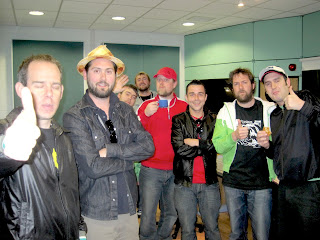 The Ryder Cup is coming to Newport this year so we decided to record an unofficial anthem to celebrate. We were going to record a choir for for the song, but first we had a cup of tea. 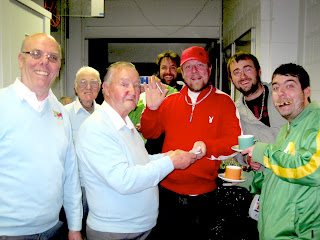 Mysti was very confused by the whole thing. 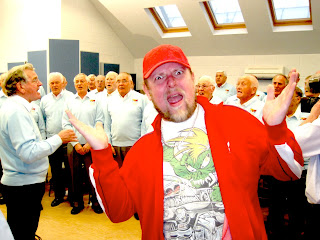 The choir rehearsed and we got the studio ready. 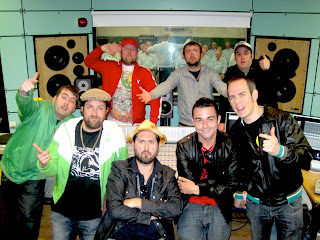 I was at the controls and Billy had a sandwich that his missus had made him, I think it was tuna mayo. 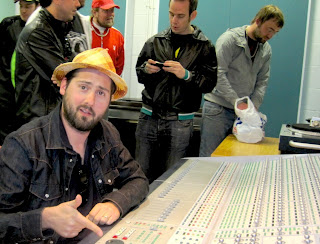 We even did a bit of singing. 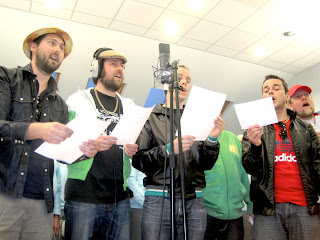 Then the boys did their stuff, they sounded great, they even did "you'll never walk alone" which made Mike, Adam and 2hats nearly cry. 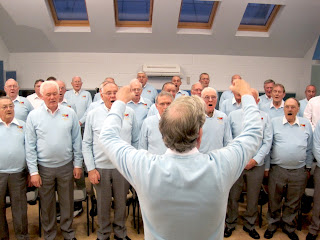 After we had finished and got all the recording done Adam swapped numbers with his new friend. 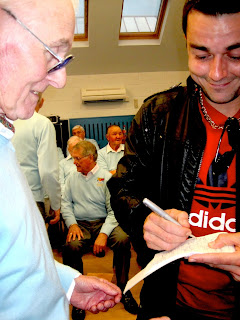 There was just time for a quick snap of us all together. 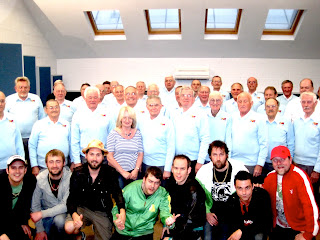 Those boys are awesome.
Posted by goldie lookin chain at 13:45